Ted Outerbridge has been hailed by critics as “the most successful professional magician in Canada” and “a champion of magic.” Performing professionally since 1982, Ted Outerbridge has been featured in theatres from coast to coast and on both sides of the Atlantic, where he set box office records with his tours Illusions, Magician Extraordinaire, Magical Moments in Time, and The Time Capsule Tour. 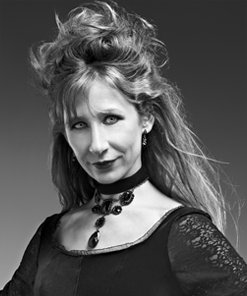 Marion Outerbridge joined the Ted Outerbridge Magician Extraordinaire show as a dancer and lead assistant in 1999. Marion quickly became an integral part of the show, and became Ted’s partner, on and off the stage. In 2006, Marion and Ted celebrated the ultimate magical moment in time when they were married in Düsseldorf, Germany. The chemistry between Marion and Ted onstage is phenomenal, and it’s clear that they are having the time of their lives.