Written and Directed by Ted and Marion Outerbridge 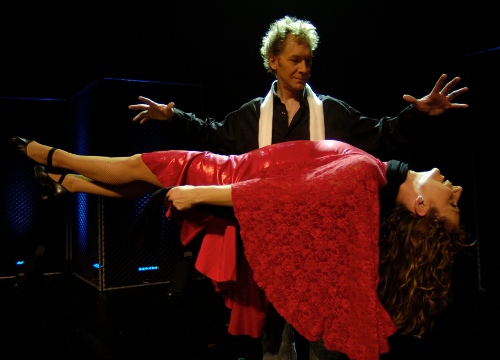 A professionally orchestrated theatrical production with over 20 custom-designed illusions and world-class lighting and set design, OUTERBRIDGE – Clockwork Mysteries is a high-energy magical adventure for both adult and family audiences. Recognized as one of the most creative and dynamic shows of its kind, critics have hailed Ted and Marion Outerbridge as “the most successful magicians in Canada” (Montreal Gazette) and “champions of magic” (Bergedorfer Zeitung, Hamburg, Germany). As the largest and most successful touring illusion show in the country, it has received both the 2011 Award of Excellence from Ontario Contact and the 2010 Touring Artist of the Year award from the B.C. Touring Council.

OUTERBRIDGE – Clockwork Mysteries takes its audience on a bizarre and fascinating journey through Time. Within seconds of taking the stage, the Outerbridges fuse their revolutionary illusions with split-second artistry to hold viewers spellbound. With the help of an elaborate Victorian time machine, the performers and spectators travel back in time together. The audience is invited into a mysterious clock tower equipped with a variety of timekeeping devices. They become part of a race against time, experience time accelerating and slowing down, and participate in predicting the contents of a time capsule. Keeping their audience enthralled from the first astonishing illusion to the spectacular finale, the Outerbridges create an experience that far exceeds the expectations of every spectator.